The history of Russian Post can date back to 18 century and it has been run by the Russian government completely since 20 century, which has 42000 post points and 350000 employees nowadays. Besides, Russian Post keeps the spirit of high quality, innovation in mind in order to create better postal and parcel delivery service, logistics service, and financial service.

How long will it take to deliver international parcel via Russian Post?

When can I receive my domestic parcel with Russian Post?

Russian Post is a state postal network in Russia, its branches are located everywhere in the country, even in the smallest settlements. Such vast geography and branching are connected with the fact that, in addition to delivering parcels and letters, the Russian Post is also a post office and a place where you can pay utility bills and receive a pension.

Russian Post provides a fairly large range of services, much more than private courier services. In addition to sending and receiving parcels and letters in the post office of Russia, you can make payments, send a money transfer, or receive it. In addition, the department can buy some goods - postcards, magazines, newspapers, subscribe to regular publications.

How to track your package?

If you are waiting for a parcel, you can track it by the tracking number that the sender will indicate to you (private person or company). By the tracking number, you can determine which country the parcel is coming from if you do not know. The window for tracking the tracking number is largely indicated on the Russian Post website. If the number is entered without errors, you will see at what stage the parcel is located - it is waiting for dispatch, accepted, delivered to the point of issue, passes through customs, and so on. Each stage is visible on the site with the date and time. If you sent a parcel, you could track its path and receipt by the addressee, so as not to worry that the package takes a long time.

It’s even more convenient to track the parcels on the phone, in the Russian Post application - all shipments to one user’s name will be added automatically, and every time you change the status (went through customs, arrived in the country of delivery), notifications will come.

A tracking number usually starts and ends with two Latin capital letters, between which are nine numbers, a total of 13 characters. Parcels in Russia consist of 14 digits without letters. In both cases, the tracking number is written without spaces or hyphens. Only registered mail items can be tracked on the Russian Post website - this is the standard of the Universal Postal Union. If the package turned out to be just that, then you can track it on the site of the mail of the sending country.

Where do I need to pick up the package?

You can pick up the parcel in the post office of Russia, which is fixed at your address, you can check all the details of your post on the website or by calling the hotline.

How expensive is it to use Russian postal services?

It should be noted that the Russian Post is the most affordable way to receive and send parcels - the services of any courier company will cost much more. There is no point in overpaying because letters and parcels always arrive at a predictable time. For example, from China to the European part of Russia, shipments take about three weeks. Approximately the same delivery time for parcels from the USA to Russia.

Russian Post is continually working to improve its service. Due to the fact that there are many services, there are always quite a lot of visitors to Russian Post offices. To speed up the service, there are a number of successful innovations.

Firstly, an electronic queue is gradually being introduced in all departments, which solves the issue of a live queue and distributes people among different specialists. Secondly, an accelerated method for issuing parcels was introduced - before, it was necessary to receive a notification in the mailbox and fill it out. Now you can safely go to the post office if a delivery notification came from the application. You don’t need to fill out any documents and present your passport either - you can show the barcode of the parcel on the phone, the mail officer can send a notification via SMS, after confirming the code you can pick up the parcel. Receiving packages has become very fast and convenient. 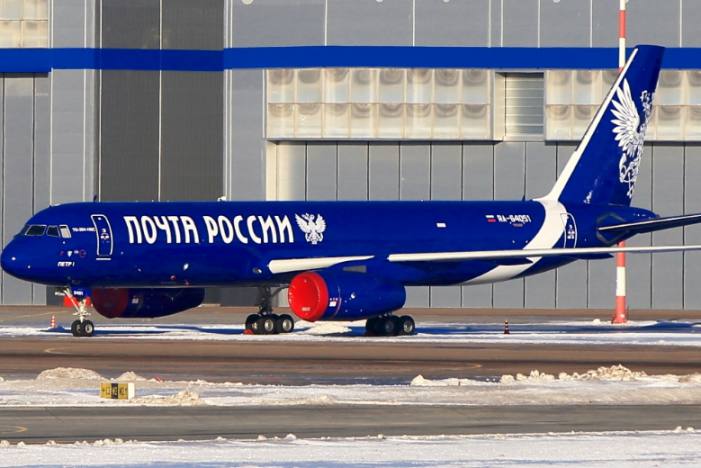